In this scheme, I publish a rather successful model for describing the algorithm for controlling shutoff valves with limit switches for the positions of the device and the clutch (state machine).

In the left part of the algorithm, the inputs for the given control object are defined.

All signals and messages for exchange with the dispatching system are described.

The name of the control object is indicated at the top of the algorithm.

On the right are the output circuits.

The central part contains the main end state diagram. All states are described in tables, all transition conditions are in tables. 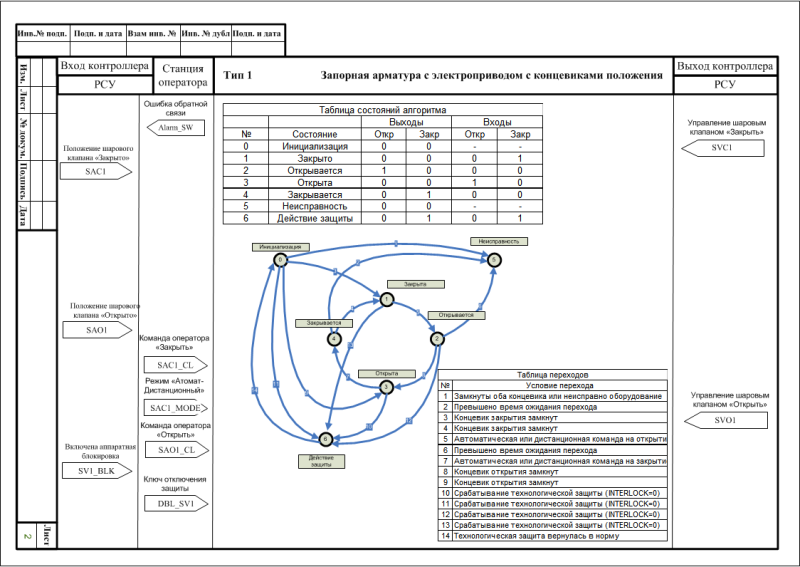