Many customers believe that if they turn to a freelancer, they will either be deceived, or they will do poor work.

I work in freelancing (designing and programming of process control systems) for almost 5 years. I'll try to tell you about some of the nuances of this way of working on your example, offer food for thought to all those who intend to become a freelancer or all those who abandoned this mortal path, settled in a permanent job, confirm or debunk some myths about this method of work.
Myth # 1. Freelancer does not have sufficient competence
This fear of the customer has a right to exist. However, since a freelancer is usually a person who does not have a permanent source of income, he is forced to learn, find / create new markets, perform work with the proper quality. In the absence of sufficient competence for the customer, one can either extend this competence either, if circumstances permit, or transfer some of the intellectual work for the project to another performer.
Myth # 2. Freelancers are specialists in a narrow profile
As far as my practice has shown, Automation freelancers are omnivorous. In order to live in an unstable market, they have to take even for such projects, for the realization of which knowledge can clearly not be enough (this was mentioned in myth # 1). Therefore, we have to develop in different directions - to be able to design, understand the jurisprudence, management, power engineering, be able to design, be able to independently install, understand the basics of electrical engineering, have an understanding of different network protocols and the seven-level OSI model, have an understanding of human psychology, goodwill and non-conflict, have inhuman restraint, seeking strength to communicate with unpleasant people. Low-price segment of the market is flooded with customers who want to get very high-quality systems for 2 kopecks. For these works I undertake, eventually convincing the customer of the need to increase the budget.
Myth # 3. Freelancer will not give up work within the agreed time
This is partly confirmed by practice. Reasons for which the contractor does not fit in time are most often related to circumstances that are hidden from the freelancer before the implementation of the project. For example, a project is created for one equipment with a single brand, at the same site it turns out that eventually equipment of another brand is installed. Or the problem consists in registration of the technical project. Most often, the initial version of the technical assignment is not detailed enough for the implementation of the project, so much time is spent on the specification of the task.
Myth # 4. Freelancer is lazy and does not know how to plan his day
In fact, this is not so. In freelancers, free time is very limited, often you have to work for days and nights, without days off, holidays and the opportunity to take a sick leave sheet. The work of the freelancer is more like the work of a stolen horse on a racetrack, on which money was put, after convincing the "horse" in the profitability of the task in hand. Most often, the "horse" and put other players, which forces her to spend even more. In such cases, external contacts with neighbors in the "virtual stables", with which it is possible to parallelize a number of tasks, are gaining a lot of profit.
Myth # 5. The freelancer will easily walk away from responsibility for his work or make the work poor.
A very strange myth with an incomprehensible nature. Currently, there are many ways to insure the project, starting from the terms of the contract, ending with the terms of financial payments. Not having enough for delivery of quality of the project, it is simply impossible to hand over work.
Myth # 6. Freelancer can break a leg, get sick, hide with the received advance so that you will never find it
To hide, of course, can, only then it's not a freelancer, but a fraudster. A man who values ​​his business reputation will never do that, and nobody canceled the word of mouth. If a freelancer has health problems that can interfere with the task, he will notify the customer in a timely manner.
What I personally gave freelance: finally found myself. Uncovered the irrepressible managerial and programming potential, was able to prove himself as a blogger. Practically stopped using public transport, almost do not fly on airplanes, I rarely use trains. I set up the organizational and work process, finding the optimal and profitable solutions for the customer.
During the whole career of the freelancer two projects were implemented, which ended unsuccessfully. One of the projects was not brought to its logical conclusion, since at the beginning of the project there was almost a zero technical task, and at the end it grew to cosmic scale, as before the start of commissioning work the engineering team of the customer connected to the task and fed from the heart with " .
The second one was connected with incorrect calculation of own intellectual possibilities for R & D. Did not have time to create a web-server on the basis of the PFC200 Wago PLC in time with the partner. They gave the equipment without money, merging, incurring losses in the form of two months of monotonous labor.

Link to the non-profit association of freelancers 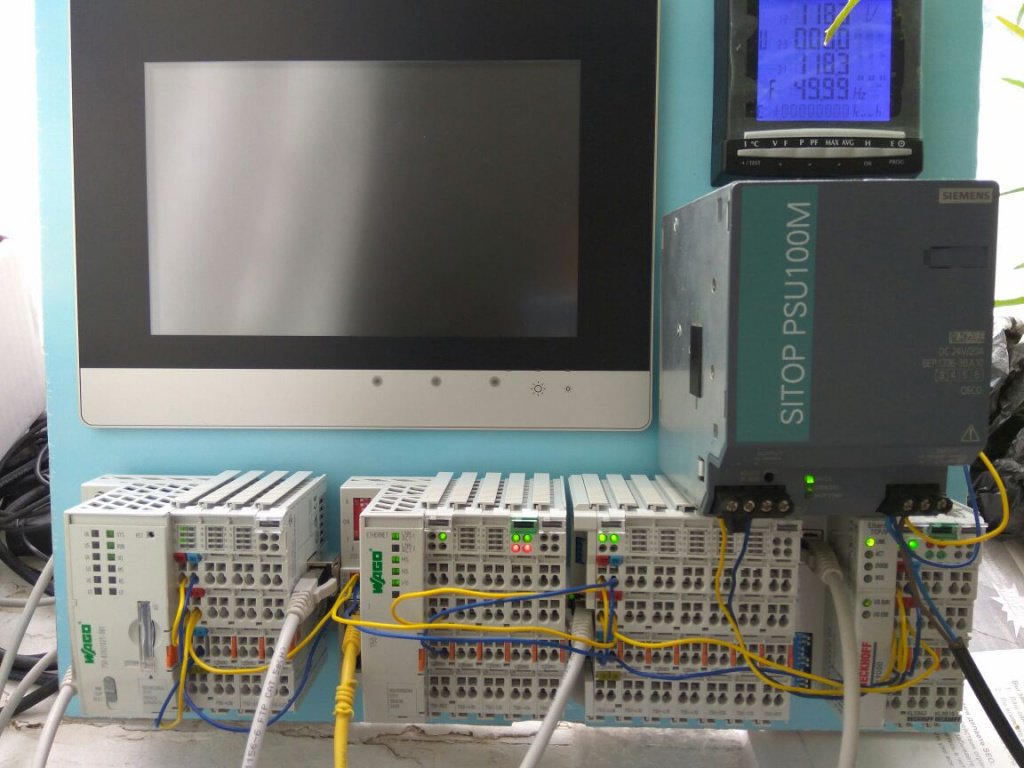