Data transfer from OPC to EXCEL

1. There is a Quantum controller on the local network and it is pinging. In the UNITY Pro XL 7 toolkit, animation pages have been created and we can see the values of the variables; 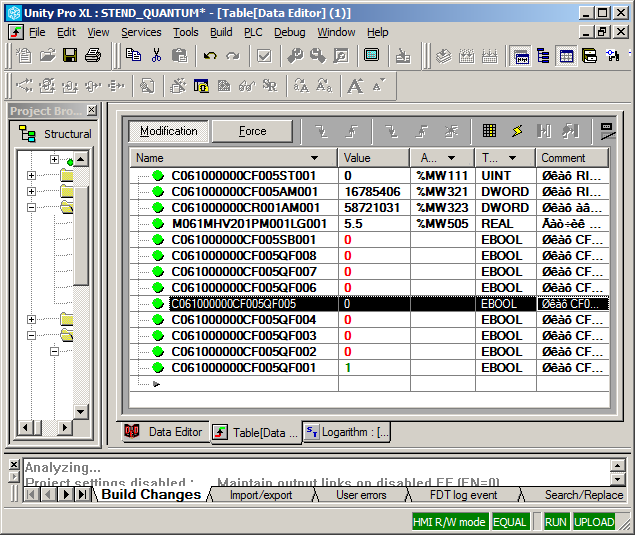 2. It is necessary to select the necessary variables from the Data Editor list and export the selected fragment to a file with the XVM extension (for further use by the OPC server);

3. Launch OFS Configurator(Schneider Electric) . We load XVM and expose it as suggested in the figure. I did not delve into the parameters. This is enough to create communication; 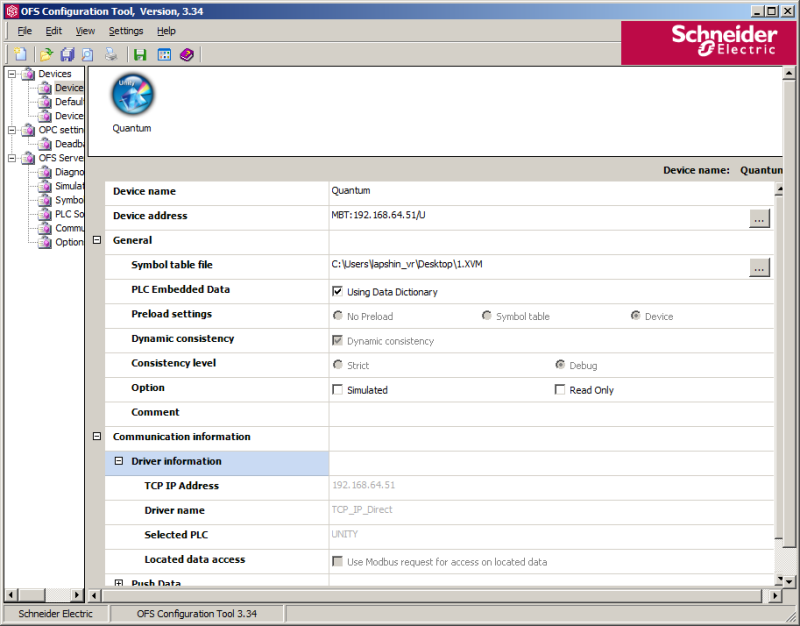 4. In order to get data in MS Excel, we need an OPC Client; download Cogent DataHub from the Internet – //www.opcdatahub.com/Download.html

5. After installing the Cogent DataHub, launch the shortcut on the desktop. Service appears in the tray;;

6. Right-click to call the properties of the Cogent DataHub and set these options; 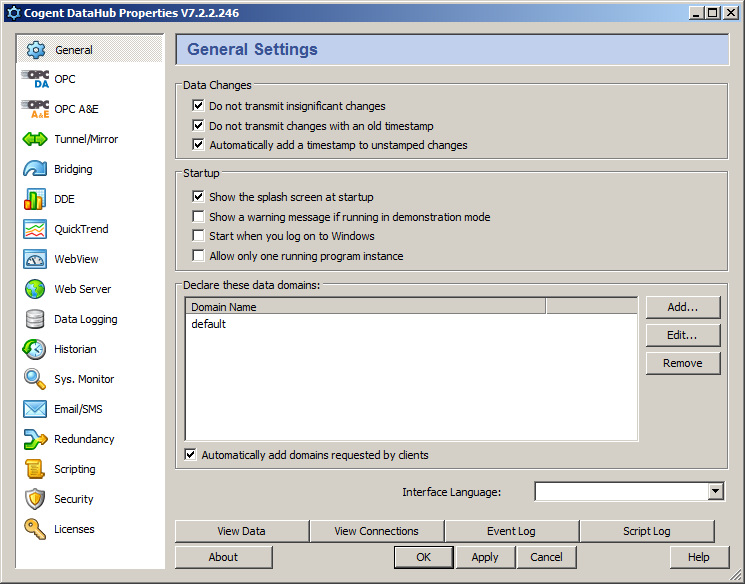 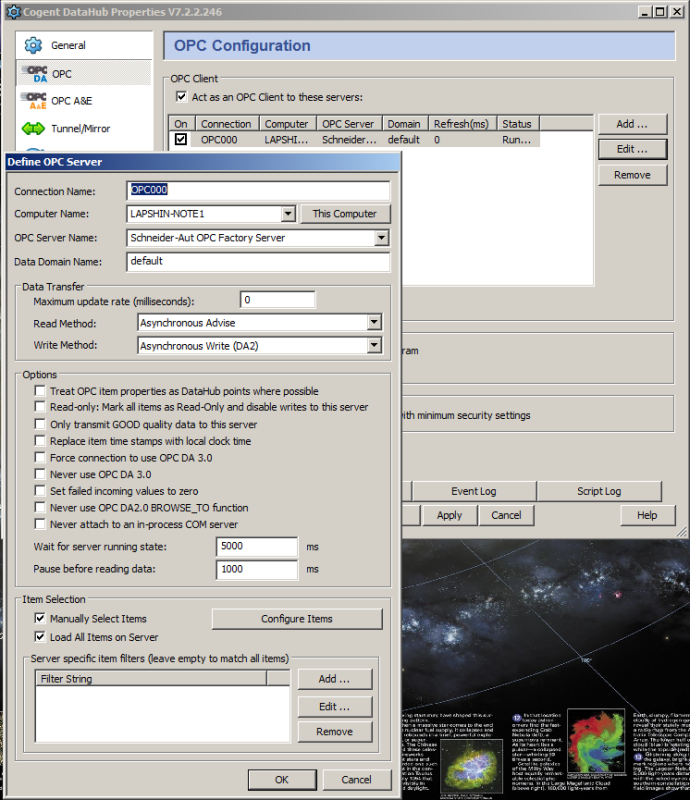 8. After clicking on OK, the OFS server will start automatically;

9. With the help of the Drag&Drop function (mouse dragging) we transfer to Excel (previously opened window) the variables selected from the View Data list. Variables on the server were taken from the list previously saved in the XVM file. 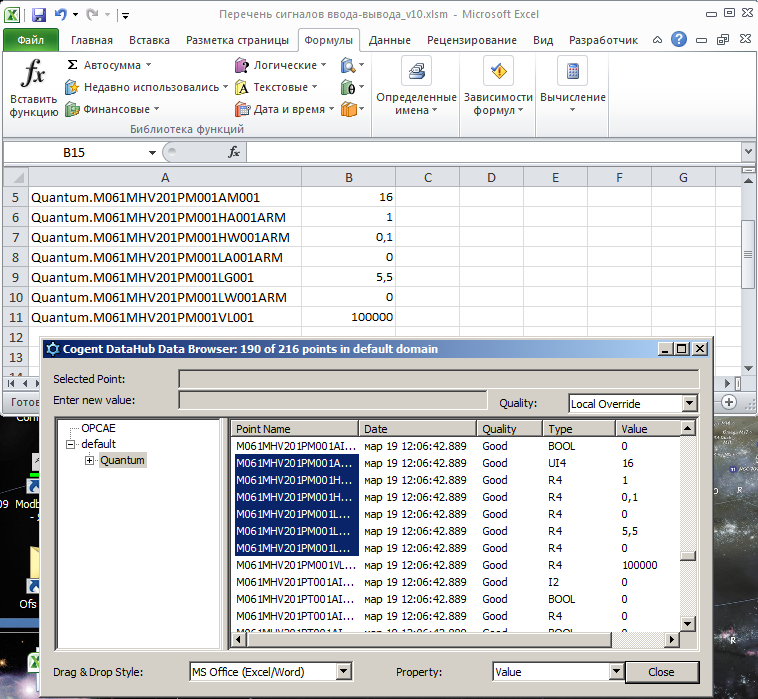 The data is updated quite quickly with a cycle of no more than 500ms. I didn’t understand how to write data to the controller, but I didn’t set such a task. The task was to upload data from the controller's memory to Excel tables for further analysis. OFS itself, despite the lack of a license, works for a long time, I have never observed a disconnection while testing it. Cogent DataHub works in real time for an hour, after which it asks to reboot.