In March 2013, he performed interesting work on the creation of a monitoring and control system for an ionizing irradiator.

The main interesting points of this software product are:

1. Integration into the system with the Premium controller (Schneider Electric) of the Belarusian dosimetric control system of the Atomtech company “SARKtech” using a non-standard protocol

2. Output of current information from the system to MIGRA LED panels

The scheme for setting up the integration of the Atomtech dosimetric control system SARKtech with Premium was as follows ... First, everything was assembled in accordance with the factory schemes and the system was made to work as it was delivered from the factory. Then, having disconnected the connection between the panel and the assembled system itself, they began to sniffer the exchange protocol and observe which telegrams the computer program sends to the panel (requests) and which the panel itself sends (answers). There was a description of the protocol, but it was not of great value, since something in it did not correspond to the current state of affairs. 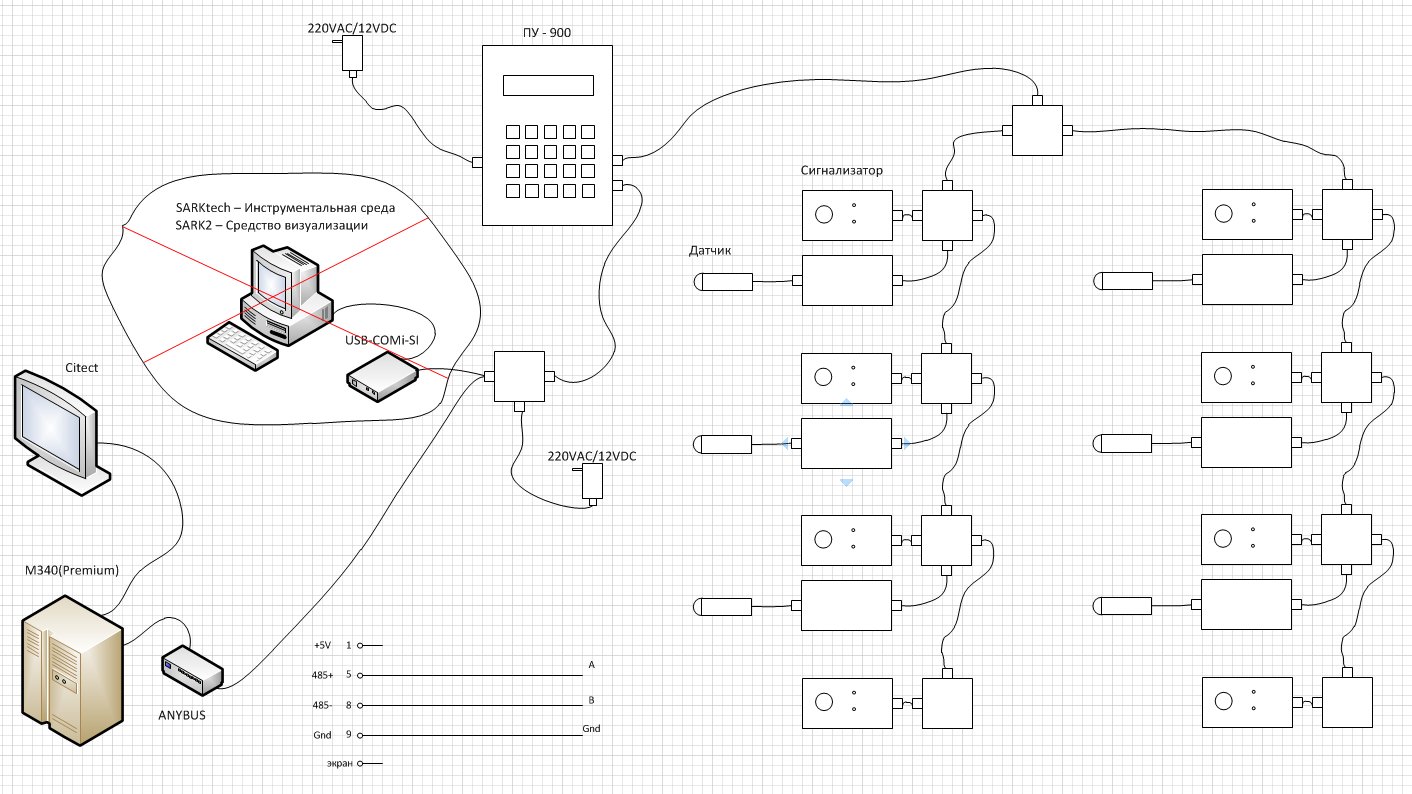 As a result, they brought a radionuclide emitter-tester and began to conduct tests, introducing each of the devices in turn into the “scale”.

It turned out that variables of type REAL or Float have a rather strange format, consisting of only three bytes. No standard methods of converting data to the REAL data format were suitable, I had to turn to the help of experts and this is the solution I got:

C code, works without errors (this is how it was created in the panel):

//collects a float from three bytes
float R3toR4(BYTE a, BYTE b, BYTE c)

I also had to tinker with the panels (there were several of them), choosing the initially wrong path for the development of the situation. I began to torment the panels with a character-by-character output of ASCII codes. Yes, as it turned out, this can also be output, but the correct way is different - to prepare ready-made message templates in the panel program and output them according to the command code from the controller, like a program for working with a printer (sequences). 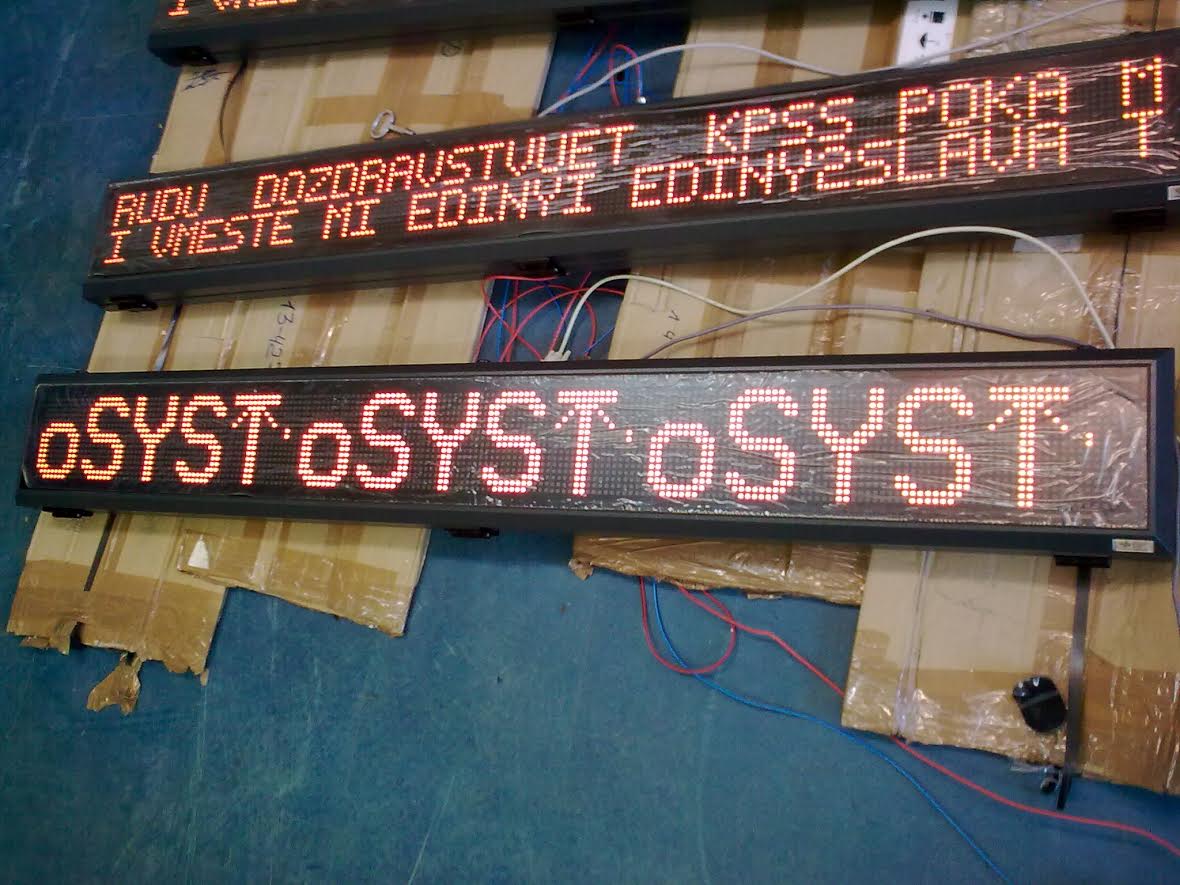 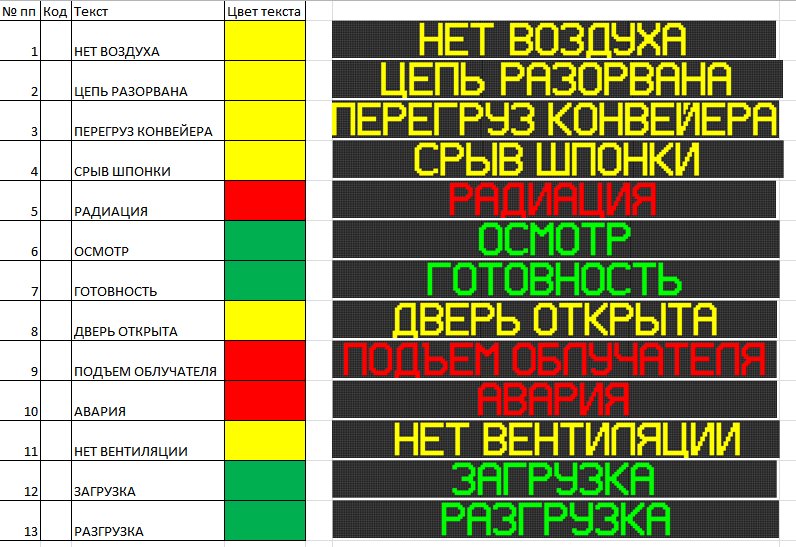