March 25, 2018 in Kemerovo, an entertainment center burned down. Children were killed.
The reasons for the tragedy are many. One of them is the lack of culture in designing. There is no separate and incorruptible control when putting into operation engineering systems. There is no biased inspection during the life of such facilities.
Conclusion suggests simple - we need to equip our children with fire extinguishers, gas masks and at the same time pepper cans when visiting such places. In our country, unfortunately, there is a mess, based on the post-Soviet mentality. Yes, of course, the measures are being taken, the legislation is becoming tougher, the owners of such facilities are obliged to install monitoring and management systems for engineering systems - the SMIs, the MISS, the SMIC, the MISS, but why does this not bring the expected results?
I'll try to clarify, as much as possible in my own words, what exactly is the MISC, MIS, MISC, SUSC.
At present, the national standard GOST R 22.1.12-2005 "Safety in emergency situations. Structured system of monitoring and management of engineering systems of buildings and structures. General requirements". This normative legal act was approved by the order of the Federal Agency for Technical Regulation and Metrology of the Ministry of Industry and Energy of the Russian Federation of March 28, 2005 N 65-st and put into effect from September 15, 2005 "(hereinafter - GOST R 22.1.12-2005).
GOST R 22.1.12-2005 defines which categories of systems exist and on what objects they should be installed. According to clause 4.9 of section 4 of GOST R 22.1.12-2005, SMIs are subject to mandatory installation at sites with a maximum estimated population of 500 people. and more: entertainment, sports facilities, multifunctional office and shopping and entertainment complexes, health facilities, hotels.

Definitions:
The MISC (structured system for monitoring and managing engineering systems of buildings and structures) is designed for automatic monitoring of engineering support systems, foundation conditions, building structures and structures, technological processes, engineering protection structures and real-time transmission of information on the threat and emergence of emergency situations, incl. caused by terrorist acts, through the channels of communication to the bodies of day-to-day management of the unified state system for the prevention and liquidation of emergency situations (clause 3.34 of section 3 of GOST R 22.1.12-2005).
The MRS is a common monitoring system for all engineering systems of the facility, and includes the MISS SMIS, SMIC, MISS, usually created on the basis of existing SCADA-packages, for example, such as the Wonderware System Platform.
Imagine a steel beam of 100 m length. This beam bends in one direction in the summer heat, in the winter cold - in the other direction. Even if the tolerance measurement system works correctly, you will never see the design settings for these deviations in the design. The reason is trivial - during construction there are many factors associated with deviation from the project, it is not advertised. Where can the integrator get the setpoint deviation data and who will take responsibility for these values? No answer. The designer has already surrendered his work, and the builder has built the building. They formally shut down the work. And the integrator, in order to pass the work on this system, it is necessary to include intuition, to remain silent and somehow "zamylivat" this issue. To invent data to at least make some money.
The MSSS (data collection and messaging system) is a subsystem of the SMI that realizes the control of destabilizing factors in real time by monitoring the engineering support systems of the facility, receiving data from the SMI subsystems, as well as informing the dispatch and dispatch services of the facilities and bodies of the daily management of RSES about the threat and emergence of emergencies (Section 3.35 of Section 3 of GOST R 22.1.12-2005).
SMIC (monitoring system of engineering (carrying) structures, dangerous natural processes and phenomena) is a subsystem of the SMI that realizes in real time the control of changes in the state of bases, building structures of buildings and structures; engineering protection areas, mudflow areas, landslides, avalanches in the construction zone and operation of the monitoring facility to prevent emergencies (Section 3.36 of Section 3 of GOST R 22.1.12-2005).
SUMS (communication and management system in crisis situations) is a subsystem of the SMI providing communication and management of special formations within the facility during the liquidation of the consequences of accidents, emergencies, including those caused by terrorist acts (clause 3.37 of section 3 of GOST R 22.1.12-2005). This system allows you to block all communication on the site, except for the special channel of the Ministry of Emergency Situations, in the event of a terrorist attack.

What are the problems:
If you have ever been involved in the selection of systems (fire / security) with good integration capabilities and open architecture, for example, with an open exchange interface such as the open protocol MODBUS, then you are probably faced with the fact that any system of domestic or foreign production (Bolid , Takeoff, Honeywell and others) does not have easy integration into the overall engineering network. Each of the systems is a "black box" with large ambitions. Each manufacturer presents its system as something unique, unparalleled in the world, but in reality it is a primitive electronics with weak circuits, with closed software intended for local use. So it is more convenient for the manufacturer to make money, he globally does not answer for everything.
For some reason, according to the established unofficial rule, they design one, build others, install third-party integrators, serve the fourth commercial structures, and all these are taken by representatives of state structures that do not understand the details of the process.
Is there a technical background for those individuals (supervisors) who accept these systems? Are there any persons with an integrator experience and / or experience in designing buildings? For example, in America there is a practice when engineers of one building inspect the engineering systems of another building. I do not like Americans, but I do not know about this practice in our country, and it is necessary to save lives.
In my personal opinion and the experience of traveling around the country - these systems do not work or almost do not work, they will not check it - they are afraid, have grounds.
The problem in all of this is disguised, terry, and nowhere else shifting corruption. Designers do somehow how they can, then the integrator somehow creates, the designer's mother for the non-working solution, the acceptance service in pink glasses signs the change, the operation service because of the abundance of stupid and uninformative messages quietly turns off the system data. The circle is closed. All have earned. However, human life can not be returned.
Is not it time for the state level to change the attitude to the reasons that led to the tragedy? On the spot of the authorities investigating the incident in Kemerovo, I would find out which brands of fire and other systems were installed in the shopping center, would withdraw temporarily the license for use, would organize unscheduled inspections in all places where they managed to infiltrate.
Recently he prepared a technical and commercial proposal for the implementation of the SMI in one of the stadiums (there was a loss of the key performer). The request for TCH came from my friend the Director of a large concern. In this regard, a set of applicants for this project was announced. Having communicated and understanding the essence of "trouble" refused to perform the assessment. In the process of preparing the TAP, it was possible to understand the aspects of this problem by talking to a number of professional integrators (I do not refer to anyone), from which I learned a lot and decided to share this. 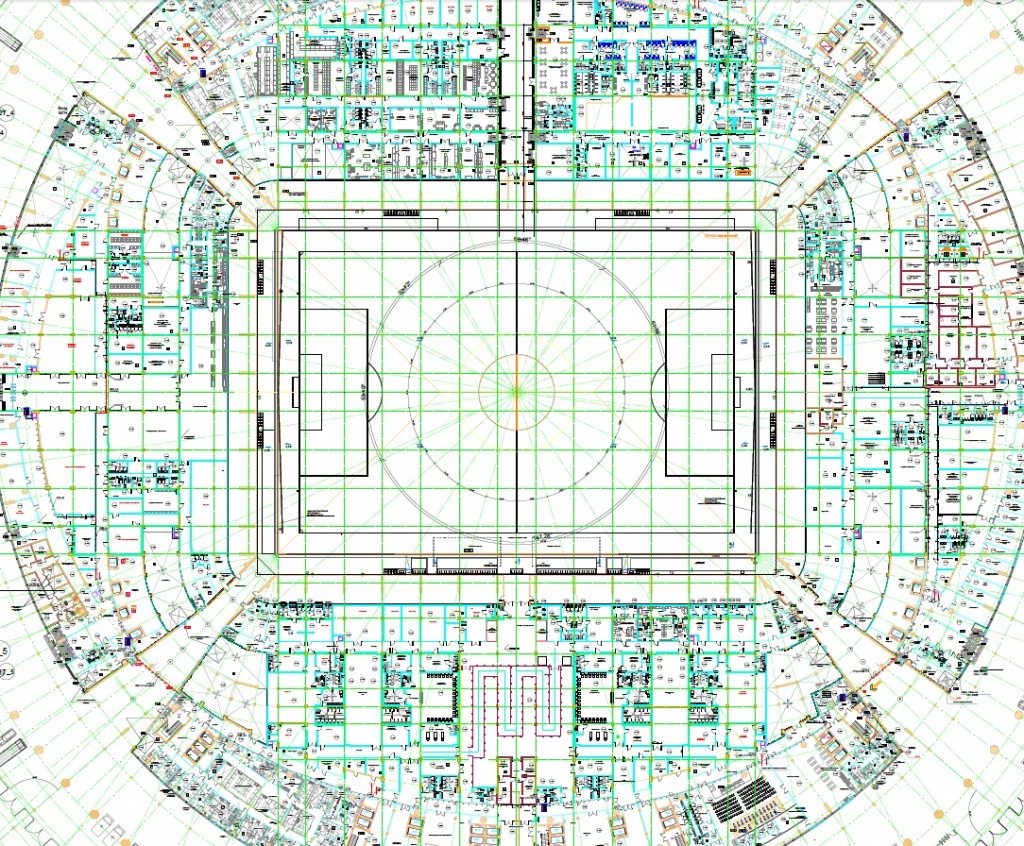 If I made inaccuracies, please correct me in the comments to the article, at the bottom of the page