Fast-Project
Articles
Resistance thermometers or thermistors, what you need to know

Resistance thermometers (RT) are temperature sensors, the principle of operation of which is based on the change in electrical resistance with temperature. How to figure out what kind of vehicle you need? Today we will consider the main characteristics of the most commonly used thermal resistances.

1. NSC - the most important characteristic of the vehicle!

NSC (nominal static characteristic) is a function or table of values that defines the relationship "resistance - temperature». 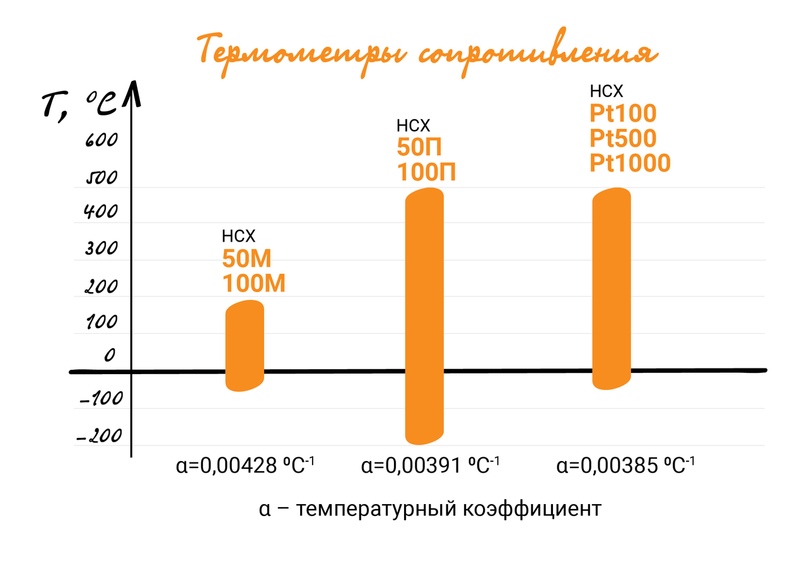 NB! Many devices cannot work with this kind of NSH, so 50 om and 100 om are the standard.
In the past, 50 om sensors were the standard because they used less material to manufacture than 100 om sensors.

3. Which is better: copper or platinum?

For the correct choice of sensor in GOST R 6651-2009 there is a table depending on the accuracy class on the material and measurement range. 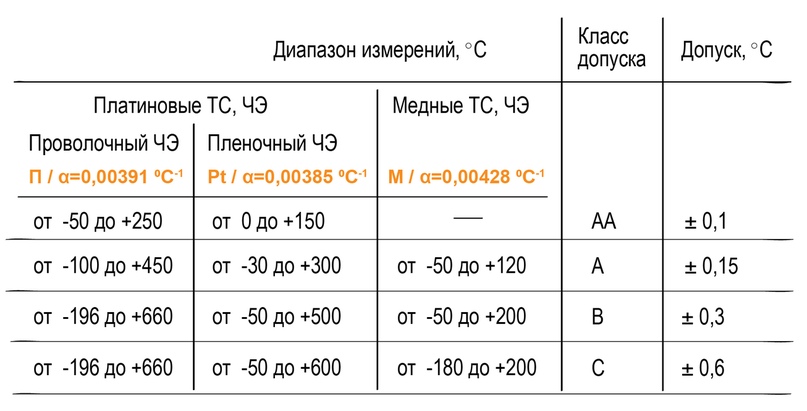 There are the following technologies for the production of sensitive elements: winding / wire and thin film.

• 100P, used by Russian manufacturers, are made using wire technology. These vehicles operate in a wider range, but the sensor itself is quite bulky.
• Pt100 have thin-film sensing elements. A thin layer of metal is sprayed onto the ceramic substrate, which forms a conductive path, the so-called meander. These sensing elements are small in size, which allows them to be used in models with a small diameter. Also, the production technology allows you to make 500- and 1000-om sensors.

5. How to choose a sensor with the required accuracy requirements?

The chart shows:
Tolerance class B is a general industrial design, and it is he who is the standard in OWEN.
Tolerance class A and AA - ordered for laboratory measurements. 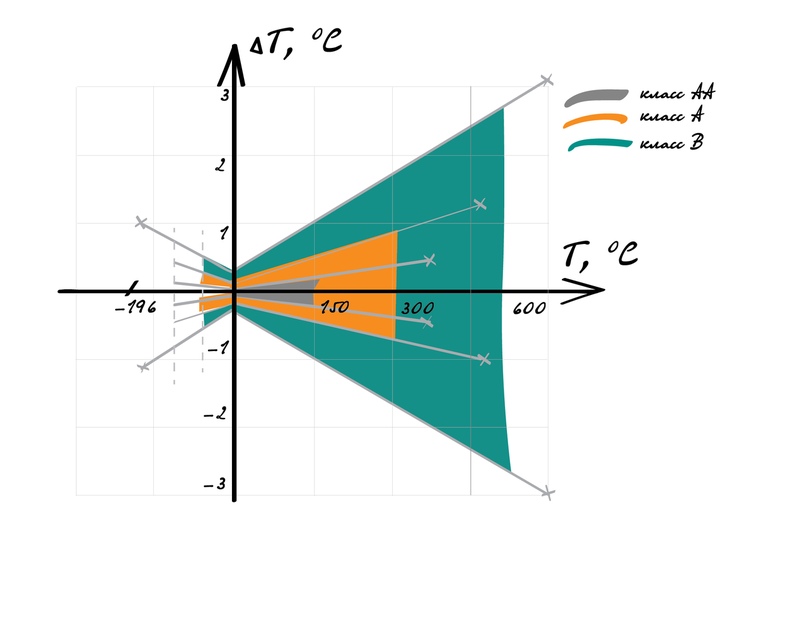 6. Which output signal is better: resistance, current or digital?

The choice of output signal comes down to reliability and cost. Reliability is considered in terms of noise immunity:
• The current signal is more noise-resistant than the "resistance" signal.
• A digital signal, such as RS-485, is more resistant to interference than current.

As for the cost, the cheapest one is “resistance”, the current one is average in price and the “figure” is expensive.
If you buy a kit of equipment, then sensors with RS-485 allow you to use cheaper PLCs, since there is no need for analog inputs.

The author of this article is the company OWEN: https://owen.ru/forum/showthread.php?t=31526