The purpose of this article is to explain how to connect four strain gauges placed on a traverse to a Schneider Electric TSXISPY101 weighing module. 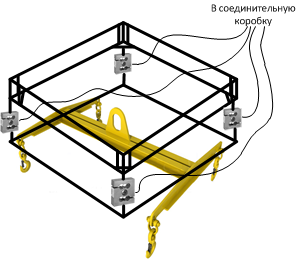 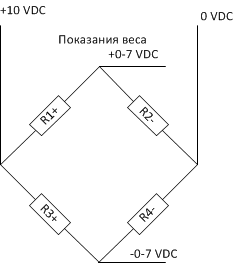 The connection diagram of four sensors is as follows: 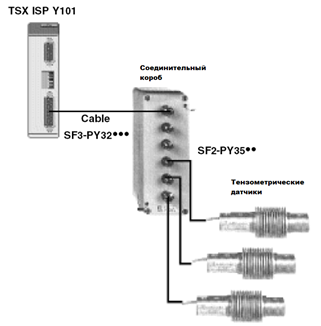 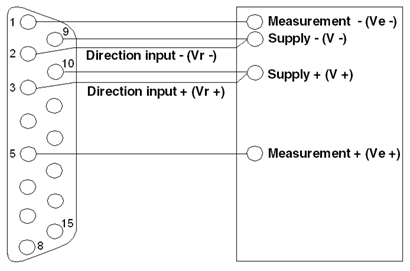 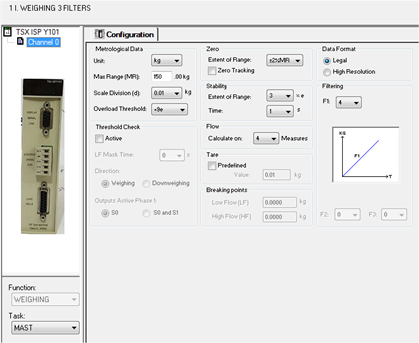 The factory manual in English from Schneider Electric takes about 160 pages and is not a simple document. It is necessary to get into the essence of hardware switching, take into account the polarity.

In our measurement scheme, four strain gauges are used, connected in parallel in accordance with the standard wiring diagram according to the manual. Our load, which we need to measure, is in the range from 0 to 1000 kg. This required the installation of four load cells (250kg each) connected in parallel via a Jung Box.

If you pay attention to the peculiarity of the connections of the sensors, their arms, bridges and the polarity of the power supply, then we will see a sufficient number of degrees of freedom to make a mistake. So it happened with us. The installation organization carried out the installation according to the diagrams, which did not explain the design features of the connection; as a result, the installation had to be corrected during commissioning. It is extremely important to check the output voltage from each sensor under load. There should be some volts, below 10V, coming to the sensor itself, and so on from each. Only then you need to combine them in accordance with the polarity.

The next difficulty identified was the difficulty in mastering the calibration of the module, since it was not possible to determine the zero value (an option of the calibration page). The data on the ADC of the module was constantly changing from minus to plus, which did not allow to determine the zero calibration value. Empirically, we came to the conclusion that the ropes of the hoists must rest against the surface, even if slightly. This made it possible to stabilize the value of the weight module. And so they did. It turned out well, without system warnings.

Further, when the conditional zero value was fixed, the maximum possible load was suspended and its position was fixed as a maximum.

In general, nothing complicated if you know everything in advance.