The assembly drawing of the cabinet is one of the elements of the design documentation.

The document is intended to reveal the geometric arrangement of the elements included in the automation cabinet. 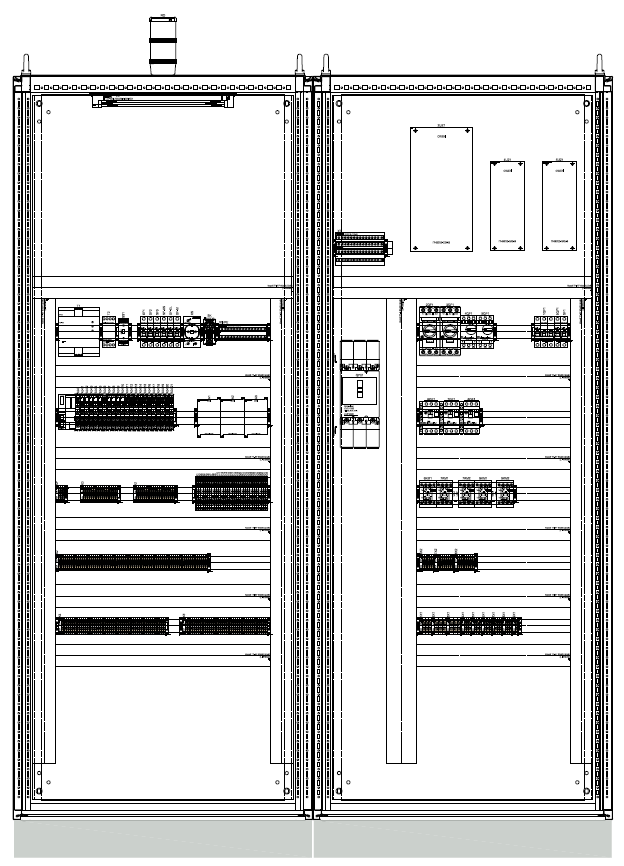 An assembly drawing (dimensional drawing) in automation creates a complete picture of the composition of an assembly unit, as well as what its functional purpose is. With sufficient detailing of designations in the drawing, it is possible to upload them to the project specification.

Assembly drawings give an idea of how the various parts of the automation cabinet are arranged relative to each other. They allow to calculate the thermal and EMC effects of cabinet components on each other.

In addition, assembly drawings contain information about the geometric arrangement of three-dimensional elements inside the cabinet, which makes it possible to identify conflicts in the relative position of equipment and clarify the project specification.

Various programs such as AutoCAD, EPLAN, REVIT are used to create an assembly drawing.

An example of a good automation cabinet design style

The absence of an assembly drawing or its insufficient quality leads to overspending of labor costs during assembly or future operation of the product. It is impossible to check the reasonableness of the choice of cabinet dimensions.

If you have any questions or have something to add, write it in the feedback field
Back to the list