At the bottom of the scheme of automation summary table is generated ( “basement”), which indicates the number of signals used in the scheme.

Each signal is specified in the “basement”, the dash-dot tie tench with the appropriate places in the automation scheme. 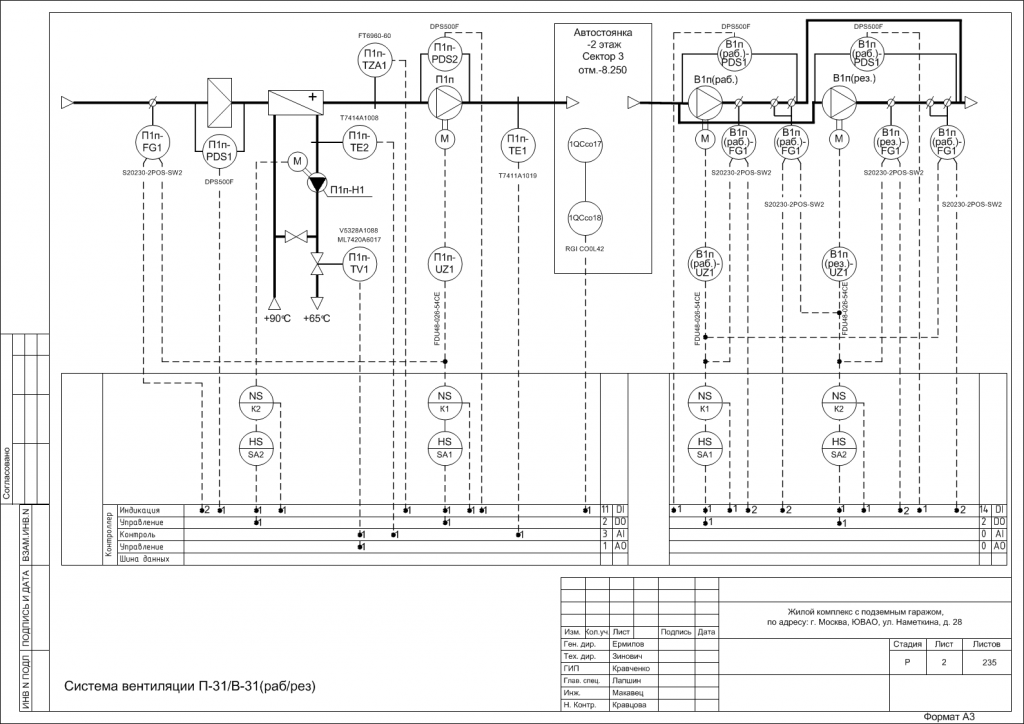