Modernization of the central heating unit

We were contacted by a customer from a service organization who needed to modernize the control system of a heating substation.

The object is a multi-apartment 55-storey residential building with 4 floors of underground parking. Since the construction of the house in 2008, the central heating control system has been controlled using SAUTER equipment. At first, the system worked well, but then it began to falter, and maintenance turned out to be costly. Since the control system was without maintenance from the developer, it lost its operability in automatic mode and was transferred to manual control. The temperature control loops were not stabilized, but were manually regulated by setting the percentage of opening of the shut-off and control valve on the valve itself. This greatly complicates the work of the maintenance personnel, since the parameters change dynamically, especially in the “Autumn-Winter” and “Spring-Summer” transients, when the outdoor temperature can reach summer values ​​during the day and drop to negative values ​​at night. In general, the maintenance of such an object is a responsible task that requires timely and correct decisions. 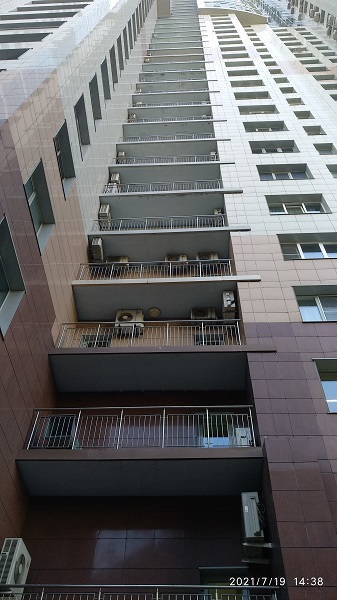 I would like to start the article with a description of the preparation of a commercial proposal. Losing an order due to inflated prices is a modern reality, so it is undesirable to offer a price with a margin for risks. It is not always possible to give a justified cost in such a way as to take into account all possible labor costs according to fresh incoming data due to the high labor intensity. Having applied the method of peer review and decomposed the task into stages and individual tasks (the experience of previous upgrades), we came to a consensus on the cost. Further, after the execution and signing of the contract, work began. Familiarized with the available documentation, went to the site to understand the task. 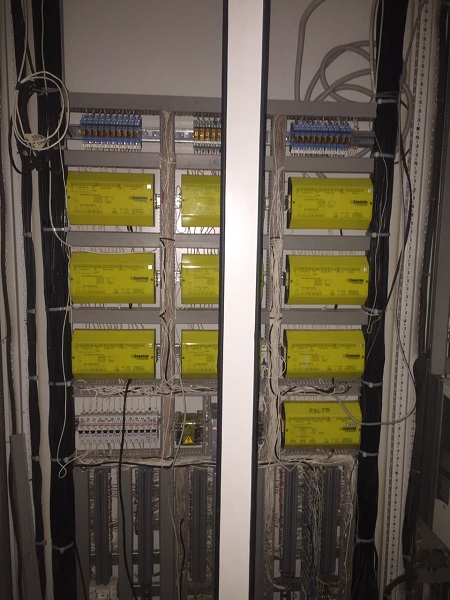 This is what the closet looked like at first. 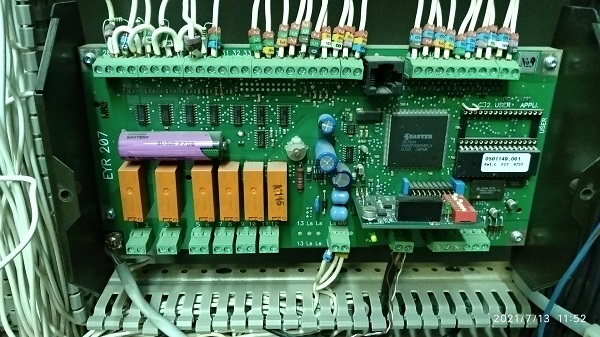 The first thing we did was to audit the existing connection schemes. We transferred the data for each module to the table, where and where the cable goes, which tag hangs on which wire. For each signal, the necessary information was entered in a new line (tag on the core, contact numbers on the module). After that, it remained to verify this information with the existing project documentation, which was carried out.

Based on the results of this work, it became possible to draw up a specification for the equipment that needed to be purchased. In addition, we ordered two new power supplies with Ethernet (BP120K), which harmoniously merged into the new system. Just such power was required, with some margin. The generated specification was handed over to the Customer for the purchase of the necessary equipment. 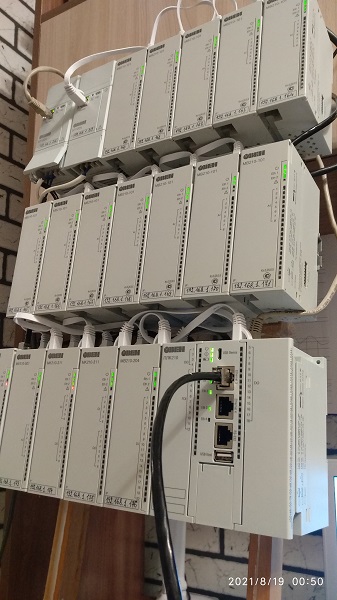 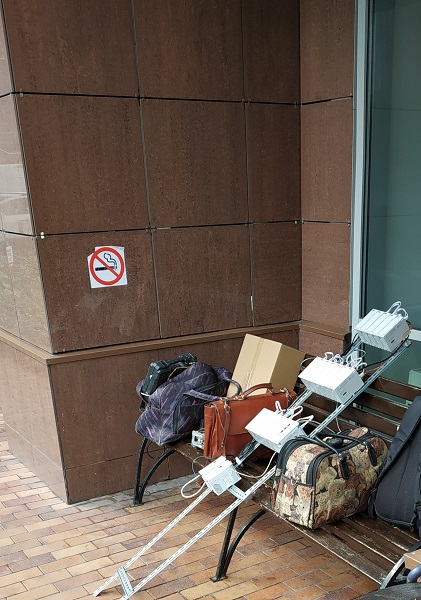 After the purchased equipment was delivered and turned out to be with us, it was decided to first assemble and program the stand, debug the algorithms on a software simulator, display all the values on the panel, and only after that install the equipment at the facility. As a stand, a temporary frame was assembled, on which the equipment was mounted. Further, the frame with the equipment was transferred to the facility and the signals from the old equipment were transferred by connecting wire after wire in series, keeping the standard marking. Crimp sleeves were used to lengthen the mounting wire. This approach allowed us to carry out the work without interrupting the operation of the central heating unit. At the very beginning, we transferred the commands to turn on the pumps, then transferred the control signals of the shut-off and control valve (control drives), then transferred all temperature and pressure sensors, discrete sensors. Carried out complex debugging. It should be noted that such a dismantling and installation scheme led to a slight increase in cable production in the cabinet. We had to build up each communication line by a meter, we had to tie the remnants of the cables quite tightly. At the same time, this solution made it possible to reduce the loss of time and maintain the quality during transfer. 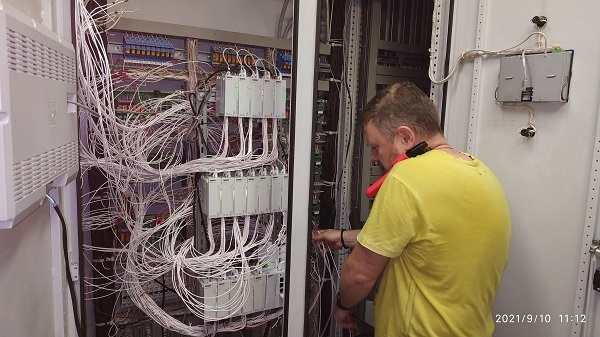 None of the channels was lost, the design solution remained intact.

The aesthetics and layout of the cabinet as a result remained at a workable and acceptable level.

A little about the system itself: a rather large SP315R visualization panel with an Ethernet port is installed, which allows for a fairly fast communication exchange with the PLC210. The system is medium in size, with about 200 I/O channels. Ten pump groups, nine PID control loops. 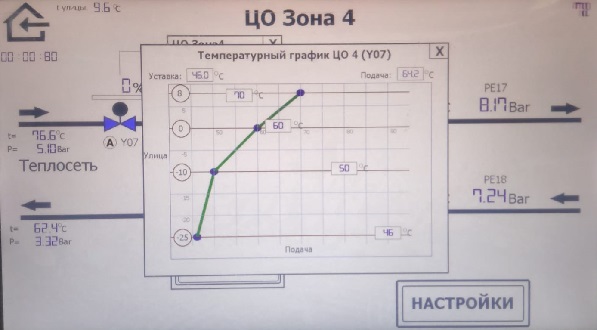 When developing HMI, they tried to implement the approach - “to the goal no more than 3 clicks”, as a result, a simple and understandable visualization was obtained, including graphs for setting PID coefficients and visual graphs of weather dependence at four points. When developing the visualization, we moved away from the currently popular dark theme, introduced solidity in sandy tones, and the Customer really liked it.

I am often asked why customers choose OWEN?

In addition, the pricing policy of this brand is always open. Prices can be viewed in advance on the website and make a decision in expediency. Unlike some other manufacturers who disclose the cost of their equipment only upon special request.

Our company actively cooperates with the OWEN company. We are a system integrator with competence in equipment of this brand. All work and software comes with a one year warranty.

It turns out acceptable both in terms of cost and quality!