PID - this is a control algorithm designed to stabilize the control process in a closed loop (i.e. control valve - medium / pipe - temperature sensor). It is usually assumed that the fluid volume (loop inertia) remains unchanged. Under the parameters of the control loop, the control coefficients are empirically selected, and even with experience in the settings, sometimes a lot of time is spent on this.

This article contains my subjective opinion.

Conclusions drawn from the explanations of Klaus Liebl, an engineer from Germany (MTU), and personal experience.

Before starting the tuning of the PID controller, it is necessary to make sure in advance that there are three components for setting:

1. A convenient graph should be created that would allow you to follow the changes in the process (preferably with a zoom function to see the entire process in retrospect). Variables that are needed: PV, SP, OUT;

2. e PID controller function block must be installed in a place in the program that would guarantee its cyclical call with equal timing (time intervals). If we ignore this, then the PID calculations will float and introduce an error.

3. It is important to understand which formula is used in the library. I know 2 formulas:

In this formula, the integration coefficient P is very important, which can be either direct or inversely proportional.

The method of selecting the Ziegler-Nickels coefficients is good, but has the disadvantage that in complex interconnected systems, when it is impossible to exclude external influence on the process, setting up a particular circuit can take a very long time.

I will dwell in more detail on the main PID coefficients:

1. The proportional gain "P" (gain) is the main gain of the regulator. It determines the speed and direction of the regulator. The main task of the PID controller is to stabilize the process variable at a set value (setpoint or setpoint). Stabilization and buildup are different things..

If the “P” parameter is made negative, the circuit will start working exactly the opposite, which means that we are careful with it and set the value to 0.5.

So, for example, if the circuit heats up any medium, then "P" must be positive, if you cool something, then the "P" coefficient must be negative.

2. The integral coefficient "I" influences the regulation process. Its role is "accuracy and inertia". It is worth focusing on formula 1.

If it is not inversely proportional, then in order to increase the integral component, this coefficient will have to be reduced, in our case, increased. "Accuracy" indicates how large the slope of the process variable curve should be.

If you need to dampen periodic fluctuations, simply increase the integration factor greatly (for example, from 0.5 to 8.0).

3. The differential coefficient "D" serves to calm complex mutually inert systems, for fast interconnected processes, when the impact on the object causes undulating damped processes, similar to those when we throw a stone into water and see diverging waves. With each wave, the vibrations noticeably subside. This coefficient serves to level such fluctuations.

Attention: for slow processes - more than 40 s from the minimum to the maximum of the curve graph - this parameter should be excluded, that is, equal to 0. 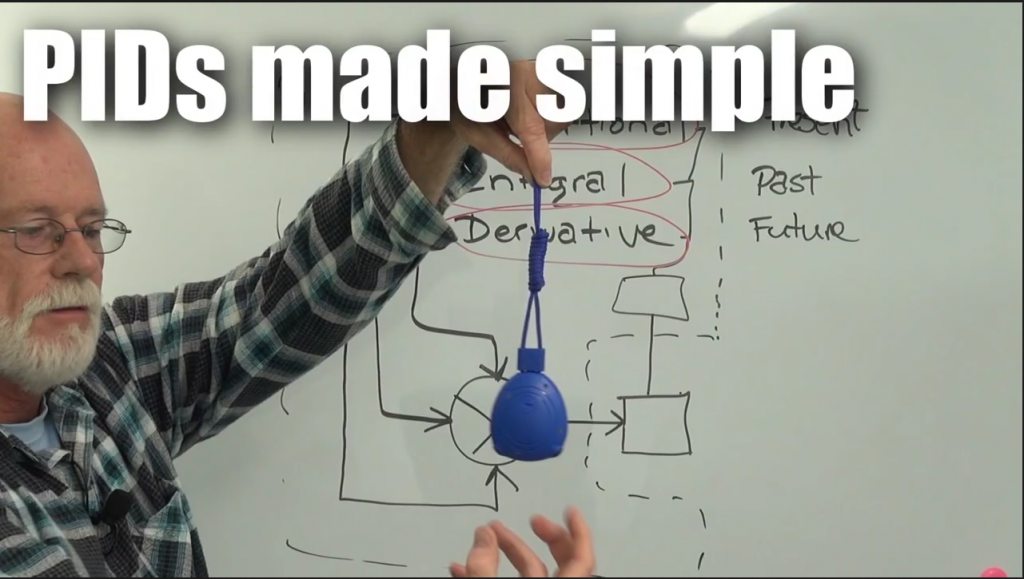