In the automation in Russia, there is a sufficient number of various brands of SCADA-systems of domestic and foreign development & nbsp; and each year their number is growing. On the orders of my clients, I previously made comparative feasibility studies of the choice of import brands. In this article I would like to review all the well-known MasterSCADA product v.3.9.0.2484. This visualization package is supplied by INSAT, which has been working in the field of automation for 30 years

With this software product is familiar by hearsay, since a number of objects have been handed over to MasterSCADA, with both key and non-key versions. Working with this SCADA-system has allowed to reveal both its advantages and disadvantages. I will try to describe them as a direct integrator of automation tools.

Positive:
1. Cheap. Value for money is beyond praise. So a license for 500 tags with some "buns" like web clients can be purchased for about 40t.r.
2. MasterSCADA has the majority of functions that are initially required from any SCADA system when dispatching automation objects (buildings, process plants, etc.). These features include: a customizable archiving system, various levels of user administration, output of various messages about violations and events, the ability to create reports by regular means.
3. A fairly wide range of tools for creating graphical forms and inscriptions. In this aspect, MasterSCADA is not inferior to such products as WinCC, Citect, InTouch.
4. The implementation of scripts in MasterSCADA is available in two possible programming languages ​​C # and ST (PASCAL), in the tool palette there is an object for implementing special functions.
5. Free version, which has a limit of 32 tags, allows you to automate small objects for round-the-clock operation. For example, it makes it possible to debug PID-regulators and does not require the purchase of a license key. It often happens that the Customer does not intend to buy SCADA, although the visualization system is necessary for the delivery of the scope of work. The free version is great for implementing similar tasks.
6. It is possible to use the web client, the development environment has a convenient object architecture. Although, at first, after experience with WinCC, Citect, InTouch, this was perceived ambiguously and caused rejection.
7. Steady runtime (runtime) on various operating systems (XP, W7, W10).
8. In Runtime mode, there is a debugging function that allows you to set any value to any tag in real time, including different from the one given by the PLC.
9. Qualitatively designed object of historical and real trend, I have not seen any analogues. Although in other systems this function is also quite well implemented.
10. Convenient input and editing of tags from the OPC server. If you think ahead of time the hierarchy of objects, then it's easy to add new tags to the system.
11. A workable and easy-to-implement client-server architecture. It is possible to configure the work so that the client station rests on a working server that collects information from the controller. Clients can also have their own OPC server, which can collect data and send it to the server, that is, the system architecture is flexible and can be modified at any time for the needs of a specific client. This is convenient if different roles are to be organized on different clients of the system. For example, the set of video frames on all client stations is the same, and the access levels are different. In this case, updating the dynamic component of video frames on client machines occurs when changes are made on the server.
12. Technical support works on the forum of the company "Owen" and gives any comprehensive and competent answers by e-mail. The forum is searchable.
13. In the Internet there are many video tutorials on creating projects. Most of them are created on obsolete versions, but still quite detailed and understandable, in order to reproduce the lined example.

Negative:
1. There was a noticeable delay in the submission of commands and writing to the tag. The result for the Customer is acceptable, but I would like to see a faster response from the system.
2. No zooming of the screen (approaching objects when editing). If you are going to draw a lot of small graphic objects while developing screen forms, then you risk breaking your eyes. Therefore, the quality of work with small elements is severely affected.
3. There is no quick tool to rotate an object around its axis when editing. This can be done only by assigning parameters or creating duplicates, which creates inconvenience when adding identical objects that need to be deployed in different directions.
4. Insufficient level of intuitive understandability when working with the system, although the developer claims the opposite.
5. There is no direct possibility of exporting minor developments from the project to the project, for example, graphic objects. You can only export windows. Strongly this is not enough.
6. Unstable work of the development environment. There was a case when I worked for a long time without using the data saving buttons. At some point, the system reported the error and closed. I could not restore my experience, and I had to repeat everything anew. That is, you need to constantly save the project during development and occasionally restart. There is no guarantee that the program can be restored after the restart, even if a corresponding dialog is suggested, suggesting that it be done.
7. The help system is poorly structured and does not describe all possible properties of objects, it is very late for the developing system. Apparently, the developer just does not have enough time to describe everything qualitatively. Therefore, we sometimes have to guess.
8. Technical support does not work over the phone. Training programs in the company INSAT are present, but are quite expensive, are not in-depth and for such integrators as I have little meaning. I would very much like to see InSAT hosting master classes through online webinars for some functions, as, for example, Iridium mobile promotes its product.

Result:
The basis for creating any visualization system on any brand is the development of a correct and inheritable template. The template is developed both for the entire application, and for each of its elements. For example, an element for indicating the status of pumps, indicating the values ​​(temperatures, pressures, etc.), faceplates, pop-up windows that are called when you click on hidden buttons.
We have such developments, which allows us to save some time in the implementation of the incoming order. How many tags can you pick up on the Masterscade, is there any ceiling? There is an opinion from my friend, an ardent admirer of Maskad, that if competently to provide typing of objects in the whole project, then the project will "fly" and 10k. It depends on the methods of project development. However, the author of this article has the opinion that the volume of tags for this product should not exceed 3k. This view is due to the lack of a built-in full-fledged archiving system (SQL or ORACLE), the presence of minor bugs and flaws. Obvious is some "patchiness" of implementation. That is, more serious objects (above 3K) would recommend other, mainly imported brands, since they have a global break-in.

How expensive do we evaluate one tag when considering technical and commercial offers? Depends on the statement of the problem. This immediately becomes clear at the first communication with the customer. If there is a sense of "a big, but a close white master", it is worth pawning risks. Usually we set the price for the composition of the tags included in the license key. Reduce the cost of development can always, with a final count of used tags, and increase the cost usually does not work, even if this is the case. The cost of tags is usually laid design work, such as the creation of an album of video frames, the interface of the PLC-AWP. The description of the operator's manual is considered as an option to the Contract. Practice has shown that most of this work is not directly programming, but communication with the customer. It is worthwhile to understand that we are working with people, and taking into account their specific wishes is the basis of constructive work and mutual understanding. 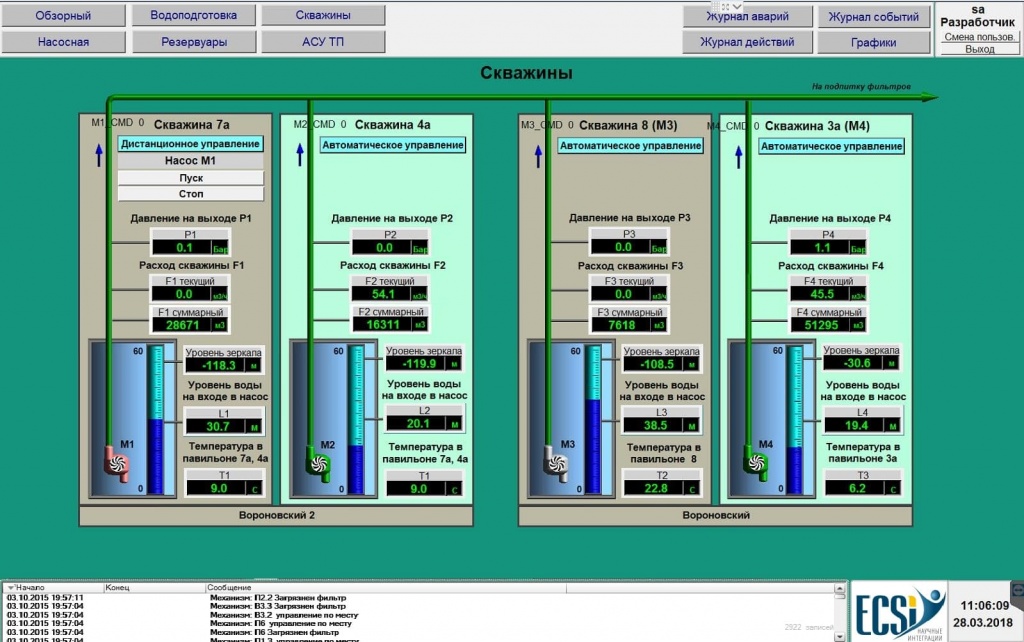 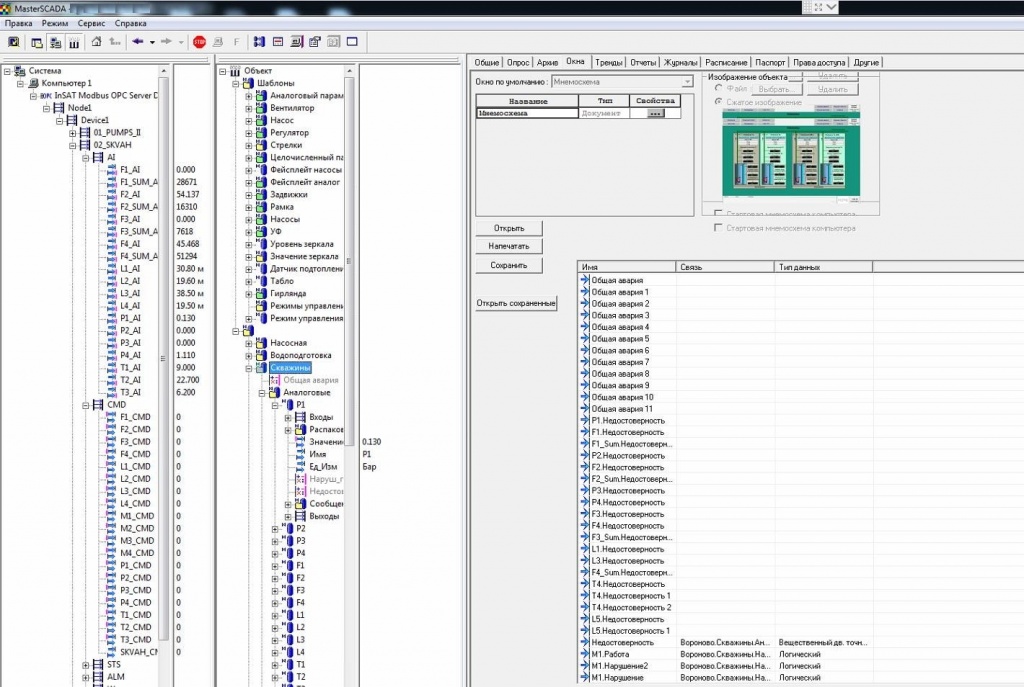